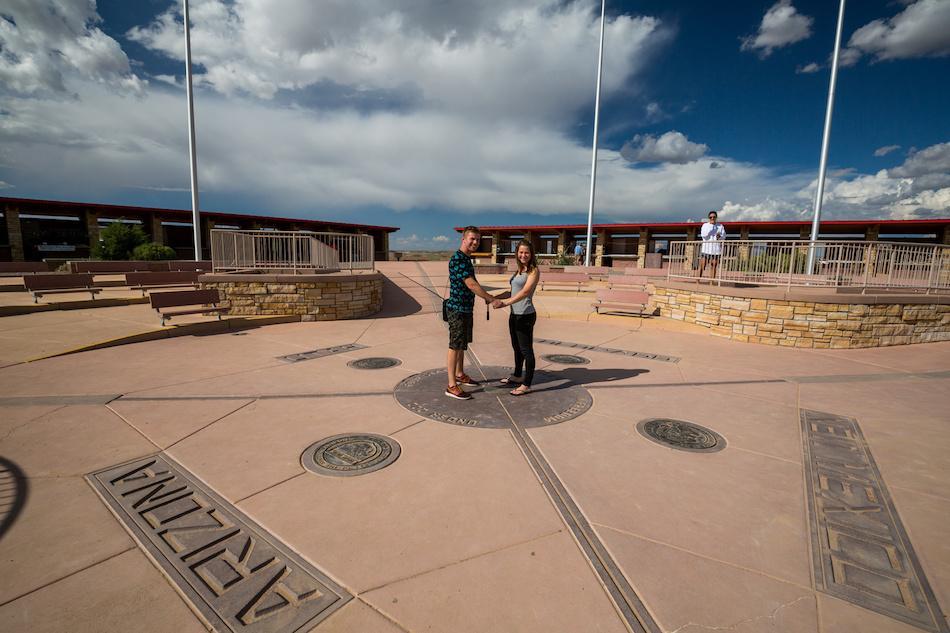 History is preserved in the heart of Durango, CO, where visitors and locals have the opportunity to explore several different national historic monuments. These monuments offer a glimpse into what life was like nearly a thousand years ago in this same region of the world. Anyone who wants to learn more about the ancient civilizations who once called this region home should take the time to visit these historic monuments.

The Four Corners National Monument is one of the most unique historic locations in the entire country. At this point, the states of Colorado, Utah, New Mexico and Arizona meet and form four corners. Potentially, a visitor can be in all four places at once if they place themselves strategically on the monument. The monument is located within the lands of the Navajo Nation and is in a fairly remote location. Those who choose to visit the Four Corners will find that the journey is worthwhile, as it is an experience that can't be enjoyed in any other part of the United States.

More than 700 years ago, approximately 2,500 people lived in the villages of Hovenweep. Today, the remains of these six prehistoric villages are preserved at the Hovenweep National Monument and can be explored by the modern residents of Durango, CO. It is believed that the villages were occupied by ancient members of the Pueblo tribe. The villages were abandoned in the 13th century, but the reason is unclear. Those who visit the villages today will marvel at the stone structures that still exist, despite being abandoned centuries before. The villages were created by expert engineers who considered every detail when building the structures. The hiking trails that exist throughout Hovenweep give people plenty of opportunities to customize their experience and see the various aspects of this monument.

The Aztec Ruins National Monument is another example of ancient Pueblo life that has been preserved near Durango, CO. This national monument includes a 400-room ancestral Pueblo house that is estimated to be about 900 years old. Visitors will find that there is a half-mile trail that winds throughout the ancient site, taking them through the various rooms of the home. People will discover that there are still original pieces of timber supporting the structure, and there are reconstructed areas that mirror what life would have been like for the people who called this place home.

Mesa Verde National Park was dedicated more than 100 years ago, and its keepers have worked to preserve the archeological heritage site that is located within its borders. At this national park, visitors will find an ancient Pueblo site embedded in the cliffs. It is one of the most unique historic sites in the country, and allows people to learn more about the ancient Pueblo way of life. Historic experts note that the Pueblo people lived in these dwellings for more than 700 years, and today, modern visitors can explore the ruins and experience the culture for themselves.

In addition to exploring the ancient sites and historic markers that are located at these monuments, there also are many hiking trails and recreational opportunities nearby. Those who visit these important monuments near Durango, CO often are able to transform their visit into an exciting and invigorating day trip. For more information on the history of Durango and the most iconic sites in the city, contact an experienced real estate agent today.